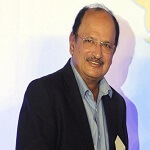 Ajit Wadekar Former Captain of the Indian Cricket Team. Under his captaincy India had won a test series against England, in England in 1971. His team also defeated West Indies. in West Indies. Captain Ajit was very good at planning strategies and executing them. Ajit Wadekar was awarded ‘Arjun Award’ for his sporting talent in 1967 and was honored with the ‘Padmashree’ in 1972, by the Government of India. 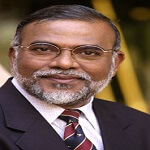 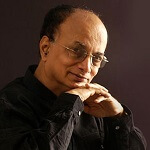 Dilip Prabhawalkar is an eminent Stage and Film Actor who has been very popular for his unique acting style. He has acted with ease and excellence in every form and format of performing art, i.e. Children’s Theatre, Experimental & Commercial Theatre and Films & Television. Dilip is recipient of Bal Gandharva Puraskar, Maharashtra State Award, Filmfare Best Actor Award (Marathi), National Award for Best supporting actor for two roles and Sangeet Natak Academy Award. 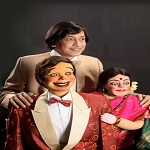 Ramdas Padhye is a renowned Ventriloquist and Puppeteer of International recognition. He inherited the art from his father and has been performing for more than four decades. More than 9000 shows to his credit, Ramdas has performed on Doordarshan, on American Channels like NBC, ABC & CBS and on BBC’s channel 4. His puppets with an Indian look and touch are as famous as film stars. He planned unique themes for programmes of national importance like Family Planning, Grow More Food etc. 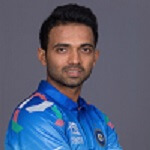 Ajinkya Rahane is a dedicated right hand batsman in the present Indian Cricket Team. He is the Vice Captain in the Test format of the game. Technically sound and a perfectionist, Ajinkya is considered as a reliable batsman, in the middle order. His gentlemanly behavior off the field is in total contrast to his aggressive and hard-hitting game on the field.